Many people think that when the air conditioning stops working, just replace the gas it solves, but it is not so. To better understand this story, it is necessary to know a little how the system works.

Basically, your car's air conditioning consists of five main elements connected together by hoses, connectors, couplings and tubes through which the famous R134 gas circulates.

What many people are unaware of is that it is a closed system, divided into two stages: high pressure (200 PSI) and low pressure (30PSI). So, if your car is out of gas, it is because there is a leak. And there is no point in putting the gas without first finding out where it is leaking from. If you just refill the gas, it will work for a while. If the hole is the diameter of a hair, it will work for a month; if the hole is large, it will run for 15 minutes.

See the detail, below, which are the main components in the sequence where the gas circulates.

Compressor : it is the first in the circuit, it receives the gas with low pressure (30 PSI) and delivers it with high pressure (250 PSI). The highest rate of leakage in the compressor occurs through the seal of its main shaft, close to the pulley. Leakage often only occurs when the system is running, so it is important to check the system in both situations: stopped and working.

Condenser : this part, which looks like a radiator, is installed next to the radiator, at the front of the car, precisely to receive the wind, and aims to remove the heat from the compressed gas. For this, he has the help of the famous fan.

Realize that every time you turn on the air conditioner, you hear the fan running.

Dryer filter : after passing through the condenser and losing heat, part of the gas is liquefied and it is this filter that, in addition to removing impurities, separates the liquid from the gas and sends only the liquid to the next element, which is the expansion valve .

Expansion valve : located at the entrance of the evaporator,this valve reduces the pressure of the liquid it receives in a controlled manner. With this, the R134, which is in the liquid state, will return to the gaseous state, inside the evaporator.

Evaporator: located behind the instrument panel and similar to a small radiator, it is responsible for the effective removal of heat from the car cabin. With the gas circulating inside it at a temperature of 2ºC, it ends up removing the calorie from the environment and increasing the temperature of the gas that returns to the compressor to restart the cycle.

Hoses, tubes, connectors, couplings, thermostats and transducers are the other parts that interconnect and control all gas circulation, ensuring the safety and smooth functioning of the system.

The working principle involves laws of thermodynamics, known only to people in the area, but the important thing is to know that the gas runs through all these parts and there are several places where a leak can occur.

Vehicles also need to be serviced more often, as connections that have rubber seals tend to dry out and this eventually lets the gas escape. Look here for additional insights: AC Low side pressure too high

Also with regard to older cars, don't be angry if the repairman condemns more than one part, because when a leak occurs, the system pressure drops. After repairing it, you need to keep an eye on the rest of the system: the pressure will rise again and. if there is any other weakened location, it is quite possible that it will break and generate a second leak point.

AC Low side pressure too high 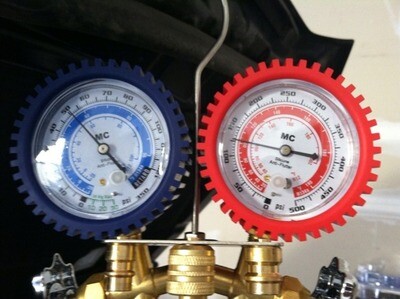 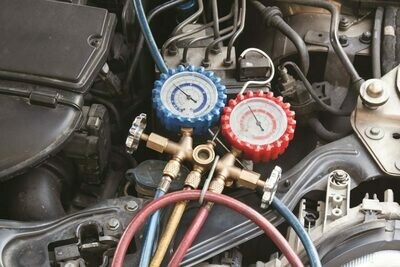 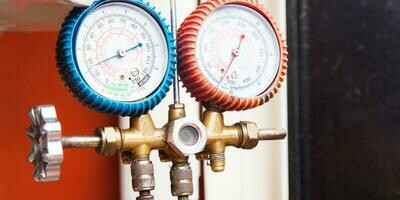